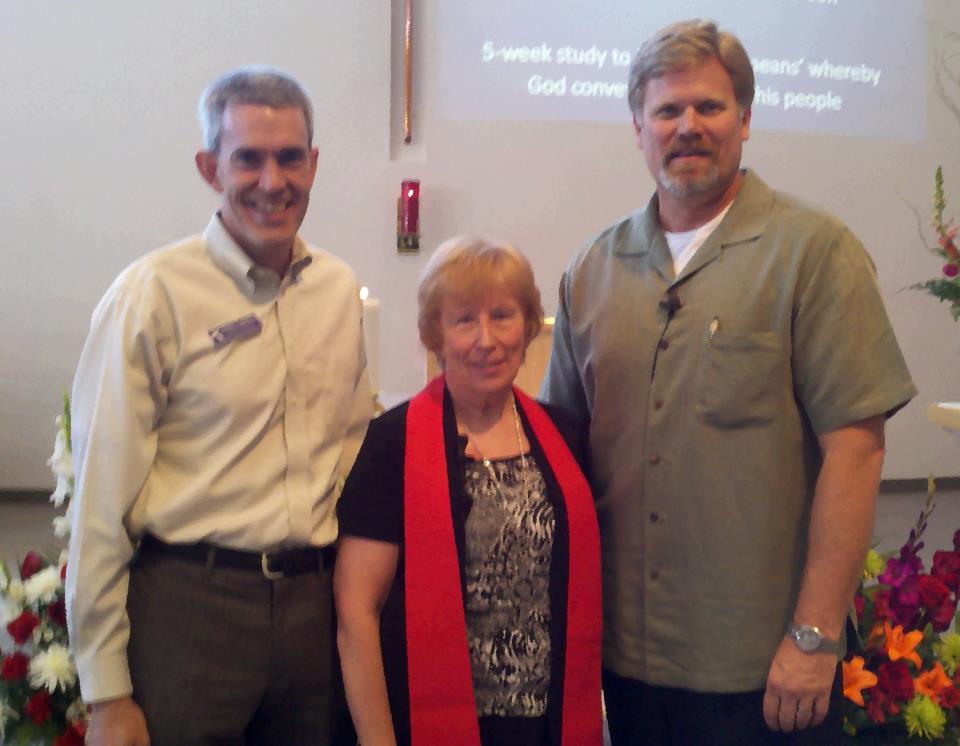 On Sunday, June 24, Rev. Joan Braunhardt was ordained at Faith Lutheran Church in Albuquerque, New Mexico.  Joan was certified by the LCMC Ministry Board and has been commissioned by the people of Faith to serve the elderly in the growing metro area.  She earned a Master of Arts degree at Luther Seminary in 2004, with a focus on ministry and pastoral care with older adults. She was consecrated as an ELCA diaconal minister in 2006.

Joan resigned from her ELCA call in 2011, joined Faith Lutheran Church, and began a program of additional studies in preparation for ordination as an LCMC pastor. She plans to continue to serve in ministry to older adults, including outreach ministry to those who are institutionalized or homebound, pastoral care for dementia patients and their families, support services for older adults and their families, education, and worship services at nursing homes and other facilities.

Joan has been involved with several mission programs, including Casas por Cristo and the Navajo Lutheran Mission, and has served as a Stephen Minister. She has worked with the Albuquerque community as a member of the Board of Directors of Share Your Care, Cuidando los Niños, the Albuquerque Indian Center, Morning Star House, Uniting New Mexicans Against Adult Abuse, and the Children’s Friendship Project for Northern Ireland.  She also has served on the Advisory Board of the City of Albuquerque Senior Companion Program and has been a member of the New Mexico Association for Continuity of Care.
Photo: President Roger Campbell, Pastor Joan Braunhardt, Senior Pastor Bruce Wilder